Troy was my Peter Pan. A wonderful, wonderful boy who never wanted to grow up. He called me his Tinker Bell, and he was always on the lookout for new adventures for us. And we did have some pretty wonderful adventures together. Troy was a dreamer, and he only believed in dreaming big; he’d never do anything halfway. Most of his dreams were really too big to be realized, but that never stopped him from dreaming them. And the funny thing is…even if you knew there was no possible way that something could happen, he had a way of making you believe that it would. That was part of Troy’s magic. He could make anyone feel like they’d known him forever, and that they’d always been friends…he had this way of caring about people. Really caring. Really listening in a conversation instead of just waiting for his turn to speak. He made me feel special, just by being my friend.

I’m so angry at him for leaving, and I’m so so sad. I’m sad for all of the people that loved him, I’m sad for all of the people that will never meet him, and I’m sad that I’ll never get another Troy hug to make everything alright again. I know that I’ll always miss him; I’ll miss his voice, and his laugh, and his stories, and all of the million little things that made him Troy. I do know where I can find him though, if I ever just need a good listener; I only have to look up – second star to the right and straight on ’til morning. 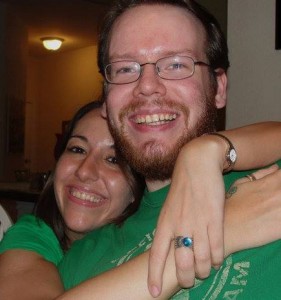