I know, I know…it’s been forever since I’ve posted anything here! I took a timeout for several reasons, one of which is posted about below – I’ve been mourning the loss of one of my very best friends. I still miss him daily, and I don’t know if I’ll ever stop…but it does get easier to miss him as time goes by. I love you forever, Troy.

Another big reason for the timeout is more of a technical one; my site had some major technical difficulties that super-smart boyfriend had to fix. In order to fix it all though, he basically had to take everything away and put it back again. He wasn’t able to get it all exactly as it had been, and every time I thought about all of the hours that I’d spent getting everything exactly as I wanted it, I was too intimidated to dive back in and work on it some more. So I basically just left it alone for awhile. Procrastinating will only work for so long though, so I’m back at it again! Luckily, I do have plenty of things to update everyone on; it’s been a busy several months!

First and most exciting update: that super-smart boyfriend that I mention all of the time? He’s super-smart fiancée now! He proposed back in February (just before Valentine’s Day to really catch me off-guard), and we’re planning to get married in 2016. 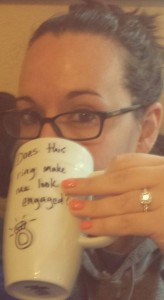 He and I actually just got back from our first ever cruise; we went to Jamaica, Grand Cayman, and Cozumel. Awesome times! 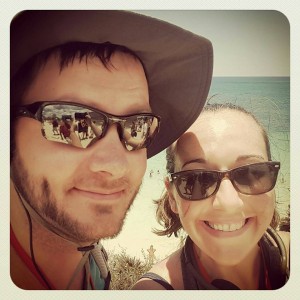 Second and much less exciting update: I’ve started sewing things! My bestie got me a sewing machine for my birthday, and I’ve been sewing up all kinds of excitement. Just ask fiancée how excited he is about the new throw pillows, placemats, and napkins that he didn’t even know we needed. But probably the coolest thing that I’ve sewn so far is a quilt! You read that right. A quilt. Fiancée was out of town for the weekend, so I joined my Mom and her friend at a craft retreat they were hosting, and I was practically shanghaied (true story) almost the minute I arrived into sewing a quilt. I have to say though, shanghaied or not….it’s a pretty awesome quilt. I pieced it, and then my Mom’s amazing friend Hannah, quilted it for me. I absolutely love it, and could totally see myself making another one sometime. It was actually pretty fun putting it all together, and I had lots of lovely ladies giving me their input; it’s funny how my never having sewn a quilt before meant absolutely nothing to my group of friends, but to the group of women at the craft retreat…well I could’ve said I’d never breathed before and they wouldn’t have been more shocked. Anyway, here are some pictures of my sewing projects:

My first ever quilt (I only picked awesome fabric)! 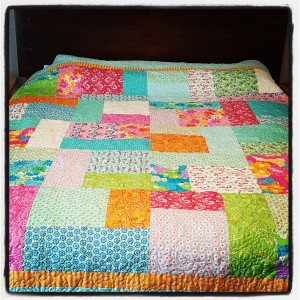 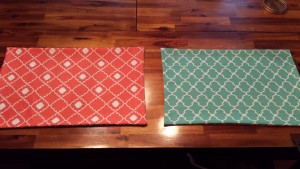 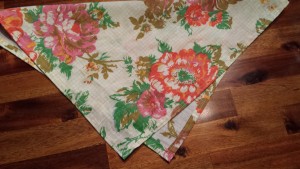 Alright, that’s pretty much all for now, but I promise not to wait so long until next time.

So long, and may you never be shanghaied into doing something you don’t (secretly) want to do (like quilting…it’s fun)!